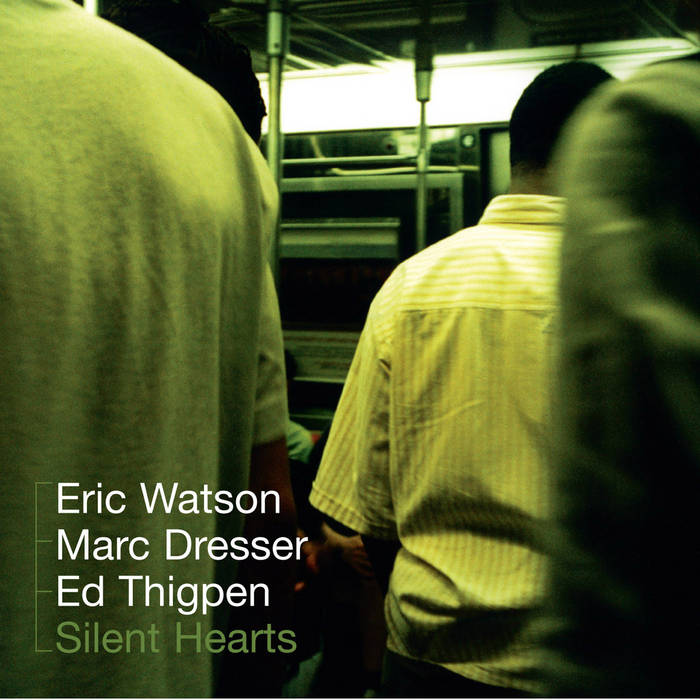 Fearless and exploratory, Watson expresses his life experience in his art. With exquisite sensitivity and a lyrical subtlety, he manages to convey his emotions in an unusually articulate fashion–always remaining true to his artistic sensibilities.

Classically trained in the European tradition, Watson has been compared to the likes of composers Brahms, Ellington, Strayhorn and Evans. "Yet he has his own kind of blue." Through the years, Watson has erased many boundaries between written and improvised music, giving spontaneity to what is written, and discipline to what is improvised. Watson has a decided preference for small groups of 2 – 4 musicians, and has collaborated with some of the most distinguished artists of his era: Paul Motian, Steve Lacy, Ray Anderson, John Lindberg, Albert Mangelsdorff, Daniel Humair and Linda Sharrock, among many others. Eric Watson1s present trio features two renowned artists: New York bassist Mark Dresser and Copenhagen-based drummer Ed Thigpen.

All of the tracks on Silent Hearts speak to Eric Watson1s strikingly original sound. The first track named for the record is, like much of his music, a study of introspection in a syncopated manner--bringing to mind a thoughtful man who moves forward from his thoughts into action. "Bushwacked", the second track on the album, is an even faster moving, rhythmic piece punctuated by the precise bass notes of the piano, bringing the listener along with Watson as he tells his story. "Surreptitious entry" as the name implies, enters in a stealthy fashion, as though we have come across a secret scene. We are soon taken along with Watson into his journey, with his deliberately light notes evoking a setting of calm interjected with anticipation. The last track, "Poem for J.F.", is evocative of a poem that captivates to the last line with its uniquely expressive language.

Bandcamp Daily  your guide to the world of Bandcamp